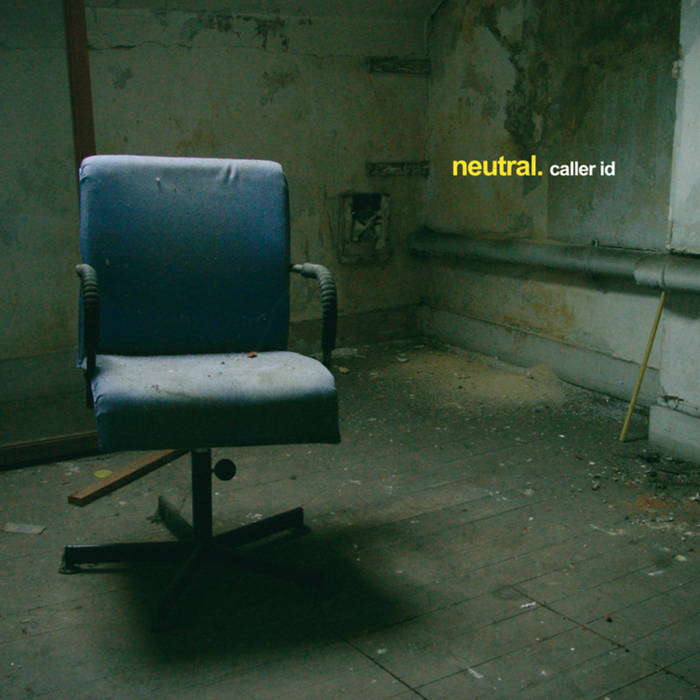 'i like cactus because they are prickly and green and don't use much water.
they are spiny on the outside and all soft and mushy on the inside. you can't
touch them but when you cut them open with a knife, you can suck out their life
water and even eat their flesh. yum…' neutral.

random though that fact may be, it’s as good a place to start as any when diving into the woman behind neutral - and her captivating new remix album, caller id.

the first similarity that nicole shares with cacti is sheer mind-boggling variety. over a thousand varieties of cactus can be found in texas - where she was born and now lives - ranging from flowering little bulbs that fit on your window sill to the huge saguaro most commonly associated with old western films.

for caller id, nicole turned over tracks from her debut album, 1999’s font translation errors, the 2001 mini album driving backwards, and her critically acclaimed second album, 2002’s motion of, to a similarly diverse group of remixers. among them are well known ant-zen and hymen noise arbiters xingu hill, p•a•l, and telepherique as well as newcomers like the cinematically-driven end. and since caller id, like motion of, is a joint release with mad monkey records, it seemed fitting to bring in mad monkey labelmates burning rome and chango-feo for this finale. rounding out the remixer list are oregon’s best-kept electro twiddling secret solenoid and famed digital break stylists gridlock.

but caller id isn’t just remixes. fans of her music will find three unreleased tracks woven into the release, adding a cohesiveness to caller id that makes it more than a simple collection of diverse remixes. caller id feels like a new album, much like mad monkey’s first release - on which neutral appears - the legendary enter the monkey compilation. fittingly, caller id closes the loop for not only neutral and her first creative incarnation, but for mad monkey as well.

back to the cacti. they’re are also called succulents, primarily because they store up as much life giving water as they can in order to survive the harshest of earthly climates. similarly, neutral’s musical palette runs in broad emotional strokes so full of fleshy, rich passion that it’s hard to imagine she did it with synths and a sampler.

beginning with font translation errors - which mad monkey first introduced in an edition of 23 wooden cages with a stuffed monkey - neutral’s sound charted the sonic territory between fat industrial rhythms and dense, imagist lyrics, all at a time when most electronic musicians were crawling up their own asses with laptops and plug-ins. nicole’s unique sound caught the eye of planet-μ impresario mike paradinas, who subsequently released her 7-inch beef bouillon/my sweatshirt after playing with her at the inaugural safety in numbers festival in new york.

neutral’s vinyl-only mini album driving backwards appeared as mad monkey’s first joint release with hymen just a few months later, pounding out more evocative sound for her growing fan base. but it took nicole over a year to find the feeling she wanted for motion of. simultaneously heart wrenching and subtle, motion of shed the artifice of electronic music’s go-go attitude with a remarkable combination of traditional instruments and masterful songwriting. again, neutral’s music was hailed as an antidote to the cold, calculated music produced by her software-laden peers; neutral’s music persevered through the torrent of glitch and clickpop to produce a juicy warm fruit for everyone’s ears.

the succulent nature of neutral comes out crystal clear in the remixes that make up caller id. one of the more startling inclusions is xingu hill’s radical dissection of “bird in the air.” xingu hill’s john sellekaers carves out the steamy guitar flesh of the original, substituting a complex machination of static pops and digital effects, forging a metallic facsimile true in spirit to the original. telepherique applies a chilled salve of industrial effects to make “paper boy” a most relaxing, contemplative track. mark kolmar of burning rome reconstructs “february and march” from driving backwards into a bass-driven pop instrumental that’s simultaneously somber and invigorating.

verily, every track on caller id is a work to be savored. mike cadoo, who as part of gridlock turned “j doesn’t do acid anymore” into a velvety synth dirge, muses on this a bit, noting that neutral is intriguing “because her tunes are far different than that of the usual suspects we remix.”

“nicole is really genre-less,” he continues, “and we thought it would be good fun to mash up her stuff.”

with an artist of such expansive talents as neutral, it’s a unique challenge for remixers to produce something that adds to the original instead of detracting, suggests end’s charles peirce. “well, you know, there's always this weird balance with remixes about how far you take it away from the original, and i definitely wanted to preserve the original character of (‘carbon’) - that nice heavy groove in particular and i really appreciated that she had bothered to put some vocals on things.”

“it's one of those remixes that i actually overworked quite a bit, really approached from a lot of different angles,” he says. “i had even written a whole long keyboard melody for it at one point -- but then found it all worked better once i stripped that all back and just let it be the original rhythm and voice, albeit through some filters.”

all of this aside, neutral and cacti share one other thing - there’s always a prick involved. there’s a story locked inside the “answering machine” tracks that’s as thorny as they come, and interestingly enough, at the heart of neutral’s artistic powers.

but we’ll save that story for another time.

for the hymen and mad monkey labels, the release of neutral’s caller id marks the end of one collaborative chapter and the beginning of another. in particular mad monkey records wants to pass along a message to everyone who has supported the label and neutral since the start: so long and thanks for all the bananas.

but for neutral, caller id is an opportunity to cook up a fresh batch of “prickly pears” and look forward to a flowering musical future.