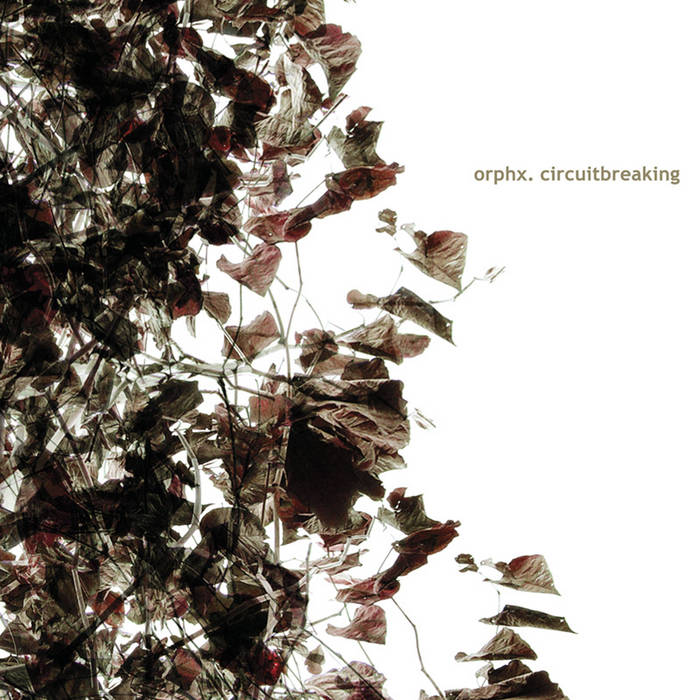 a ph.d. candidate in environmental politics at toronto’s york university, rich oddie revels in the interplay between politics, theory, and music, and plies all three into the fabric of his new album for hymen, circuitbreaking.

“this definitely informs my music,” explains oddie, who has been recording as orphx both in collaboration and solo since the early 1990s, moving from the rhythmic industrial noise of fragmentation (1996) to the minimal techno-industrial hybrid of nullty and vita mediativa (1998) to the electro-acoustic experimentation of 2001’s the living tissue.

“circuitbreaking was inspired,” continues oddie, “by learning more about how different groups around the world are trying to address the negative impacts of economic globalization. there are samples here and there from protests, speeches, and films that touch on this theme, but i wanted this to be subtle, rather than overpowering the music with an explicit political message. hopefully, the music works on its own.”

and indeed it does - so well, in fact, that hymen will release two versions of circuitbreaking. the full-length cd will include 10 tracks, where the arrangement consists of thematic, melody-driven pieces punctuated by precision experimental electronics that range in timbre from the textural calamities of akira rabelais and autopoieses’ noise patterns to the tone-pulse configurations of ryoji ikeda and carsten nicolai’s microtonal minimalism.

titled “circuit I-V,” these almost interstitial pieces buffer stark, techno-infused tracks like “signal to noise,” which with its riveting electro overtones and ceaseless crisp bass pulses brashly acknowledges its debt to the detroit underground. “simulacra” and “simulacrum” share strong ties to laptop glitch and rhythmic noise, both spinning around a shared sequence of unchanging tone sounds and downtempo industrial beats. and if one track on circuitbreaking wears its political orientation on its sleeve, it’s “critical mass,” a martial beat pattern with jeering crowd noise that’s equal parts berlin techno and “join in the chant” by nitzer ebb.

as full of musical variety as it is, circuitbreaking nevertheless succeeds in conveying a singular conceptual theme, one which, as rich suggests, lies at the heart of people’s connections with one another.

“i’m interested in how people communicate with each other and with the world around them, and how communication breaks down or is interrupted,” he explains. “the interruption of ‘dominant signals’ relates to the social/political ideas above but can also point to the idea of listening as a metaphor for living – openness and sensitivity to others, the voices of dreams and nightmares, the effort to communicate or make a connection that makes you think beyond yourself or lose yourself.”

hymen encourages you to perform your own circuitbreaking wherever and whenever the need arises.