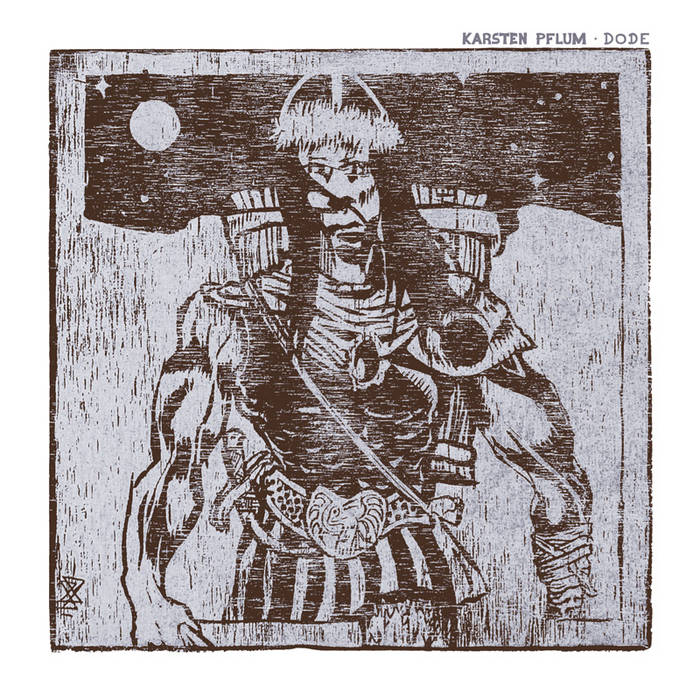 since his debut in 2003, karsten pflum has been a profilic producer and live performer. With his well crafted work that’s full of soul, his tunes are a fresh and curious take on the electronic dance music genre. the sound of heavy bass driven electro, frantic jungle, and crystal clear ambient, always with the haunting and charming pflum sound - poignant and sophisticated. the output is often full of references to genres, gear or techniques - and the underlying storyline displays a love for classic elements from 80's sci-fi, motown funk music, and bbc wildlife documentaries. as a live performer karsten pflum offers an engaging insight to his playful and musical approach, with his highly dopamine filled and riveting tunes - aimed for the feet and chest.

the title and concept for his third full length release on hymen records was inspired from 1980's swedish roleplaying game 'draker och demoner expert' (dragons and demons expert), abbreviated dode. the album tells a kind of cyclic tale of a nomadic outcast who encounters different places and beings on his desperate search for glory. besides the dode game many classic fantasy images and clichés poured into the music while karsten dove back into the old books, looked at the illustrations and absorbed the atmospheres to create imaginary landscapes based on these topics with electronics and manipulated voices.

musically motivated by a various array of artists such as chris carter, e.r.p., arpanet, and even depeche mode, the eleven tracks abduct the listener into an aural parallel universe. terms like drum and bass, electro and ambient can be correctly used while describing this album, yet the unusual way these styles are executed, combined with an emotional roller coaster of moods generated by karsten pflum's tremendous skills make this album a uniqe masterpiece of contemporary electronica.

'it is my hope that some of the creators behind the game will stumble upon the album, and hopefully, like me, for a short while, relive the thrills and joys of the 1980's roleplaying craze.' (karsten pflum)