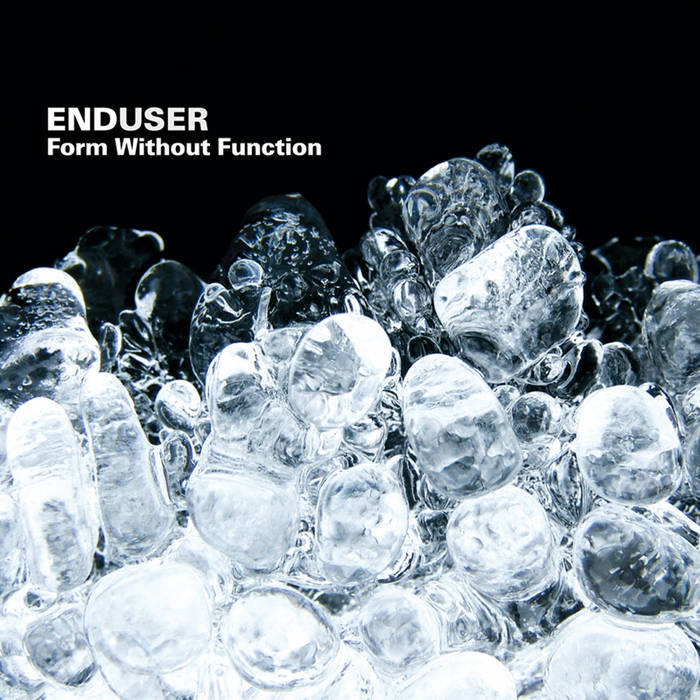 "as the spirit wanes, the form appears." - charles bukowski

within the last few years, lynn standafer has become a well-recognized artist in the breakcore scene. his output is tremendous - not too long after 'the end', he now presents his new full length release, ‘form without function’ (featuring guest appearances by dj hidden, speaker wrath, somatic responses, submerged and silentkiller).

'form without function' follows what began with 'comparing paths': a movement from the raw sampling and breakbeat madness of his earlier works to the 21st century version of drum and bass - drum and bass with more breaks, ragga vocals and tight fitting sample work. the most basic foundation of the tracks on this album are a continuation of the sound created by artists like panacea in the 90s - straight-forward d'n'b with mighty, pounding basslines. this foundation is combined with the styles mentioned above - which is more than a 'mixture' - it's a style on it's own - 100% enduser.

the rough moods conveyed by many breakcore acts cannot be found here - 'form without function' is a straight and tight release that does not cause eardrums to shatter. the speed is turned down in 'keep telling' which gives the listener time to relax but 'the choke' will get you moving again. the slightly melancholic 'by a thread' with it's bright piano is the perfect conclusion to the album. a truly fine example of a work of art by one of the innovators of the break based sound.

biographical note: lynn standafer is the unassuming, mild-mannered alter-ego of the one-man sonic wrecking crew known as enduser. born as the bastard son of krs-one, skinny puppy, & photek -- he was then raised on a steady diet of hip-hop and early jungle records. enduser smashes through genre walls with alternating punches of industrial strength drum and bass and hip-hop flavored breakcore. since 1994, enduser has been shredding through genre tags more quickly than they can be used to describe his unique approach to the twisted world of hardcore broken beat music. with the help of radio play from john peel & bailey on bbc radio 1, a string of great reviews, and with the backing of some of the top names in the hardcore and drum n bass worlds, Standafer's musical juggernaut has landed spots working with artists like The Bug, Panacea, Dr. Israel, Bill Laswell, NYC hardcore band Terror, and countless others. his recorded output has become the stuff of legend on respected labels such as very friendly, mirex records, ad noiseam, the bug's razor's x, and u.k. drum & bass leader outbreak.