illusions of move - the golden cycle 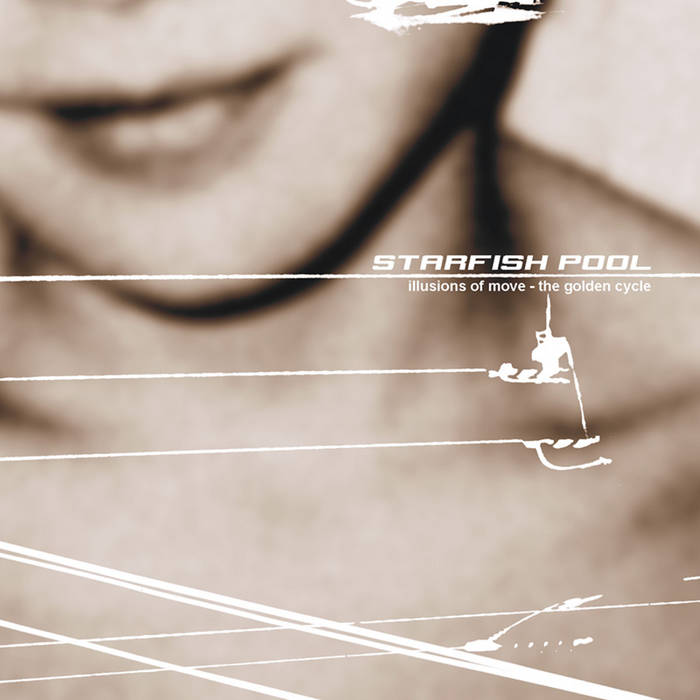 starfish pool is the electronic project of koen lybaert. it's an electronic project where rhythm will appear in, in all its aspects. since the very start it is the manipulation of loops - the basic idea of the way tracks were created as starfish pool. this concept that has nothing to do with the sound but more with the way that tracks are practically made. the illusions of move cycle is an idea that started end at the end of 1999. it all comes to colours. the first one called blue, the colour that reflects on sadness and dark feelings. blue reflects these feelings, so it was the right choice to start with the chapter blue as introducing this new cycle. the other four albums will be chapter red, black, white and yellow. red will go around passion, black will be heavy but soulful, white very open and minimal, and yellow bright. that's the general idea. these releases are planned within a time-period of two years. a mixture of dark ambient soundscapes, hypnotic drum patterns, an impressive stylistic range, emotional minimalism and timbral sophistication. harsh sound-structures unfold a new chapter for smooth atmospheric noise.

the third step in the cycle of the 'illusions of move' serie aswell as the first of the two cd's that come together with the five vinyls that will complete this serie. five tracks taken from the 'chapter blue and red' vinyl releases together with five previous unreleased tracks.

on this release there have been contributions made by two female vocalists (laura rebuttini and ivy smits) and two female soundartists (chantal yzermans and esther santoyo). this gives the release the concept of a new interpretation and not as a compilation. another step in the 'illusion of move' serie.

from driven ambient to minimal techno or breakbeat. a imaginary soundtrack with sweet female vocals and realistic soundrecordings taken from the streets of mexico city and new york. starfish pool's new release proves to be something of its own kind full of enjoyable and intelligent music. complex and soulful, this changing mood style can take our feelings and mind into sad, joyfull or dark atmospheres. with a general urban feeling worked out in an intelligent way. the final step so far of starfish pool's work and something which fits well with the very high quality of the hymen releases.