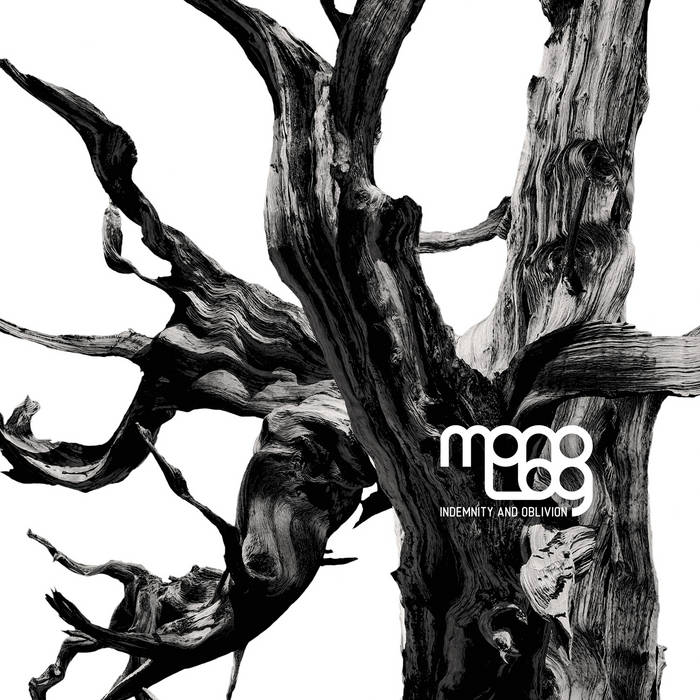 the 1660 'indemnity and oblivion act‘, was an act of parliament in england, a general pardon for anyone who had committed crimes during the civil war and interregnum. this act symbolically gave monolog’s second release on hymen records it’s title, as the man behind the project had to suffer the passing of people who were very close to him. the pain of guilt for not being able to save them, for the sincerity and incomprehension that led to early death and downfall - even simply for still being alive himself led to a personal crisis. but where there is guilt, there is the possibility of forgiveness, and forgiveness often comes through pain - this album can be seen as the soundtrack to a new and important lesson learned.

'indemnity and oblivion‘ is a continuation as well as a refinement of monolog’s musical concept. while re-discovering the joy and skill of playing electric guitar he also rediscovered his entombed metal roots and married them to his profound electronic production experience with a new deep voice. meeting metal singer and songwriter mathias lodmalm (cemetary, sundown) by chance was a great coincidence and led to a collaboration for one track of this album, exploring a new terra in music and expression. another inspiring cooperation of importance for making seemingly unrealizable ideas possible was the one with dean rodell (machinecode, underhill) who inspired new practices on this album with a fascinatingly different approach. the third significant contribution was made on the tracks 'skeletons are watching me‘ and 'agenda‘, born in synergy with film director raphael dingé and dancers thaïs lebas and deborah darritchon. the collective creativity between these artists and monolog marked a special crossover of art and resulted not only in these two tracks but also in an enthralling video clip - a perfect mindset about sinister tales and dark vibes.

metal, dub, drum and bass, breakcore are perfect types of music to use for regaining strength and force you to lift reality, therefore these styles can be examined under a certain therapeutical aspect, especially when this album’s backdrop is understood. 'indemnity and oblivion‘ is a gripping ride of mood and sound where brute force symbiotically join forces with fragile melodic beauty and linear dry beat punches take turns with wide reverberated spaces. a demanding, even sometimes exhausting musical conglomerate - rough and not pleasant but with the ability to trigger high bursts of energy that will grant you a new experience once you engaged with it.

this album is fuel for hard times, when atheists repent and walk the desert without the comfort of gods, carried by will and the love of brothers and sisters knowing that musical invention and creativity is a must for reaching a new safe haven of thought.

written and produced by monolog 2017 and 2018.
mastering by monolog and dean rodell.
artwork by stefan alt.