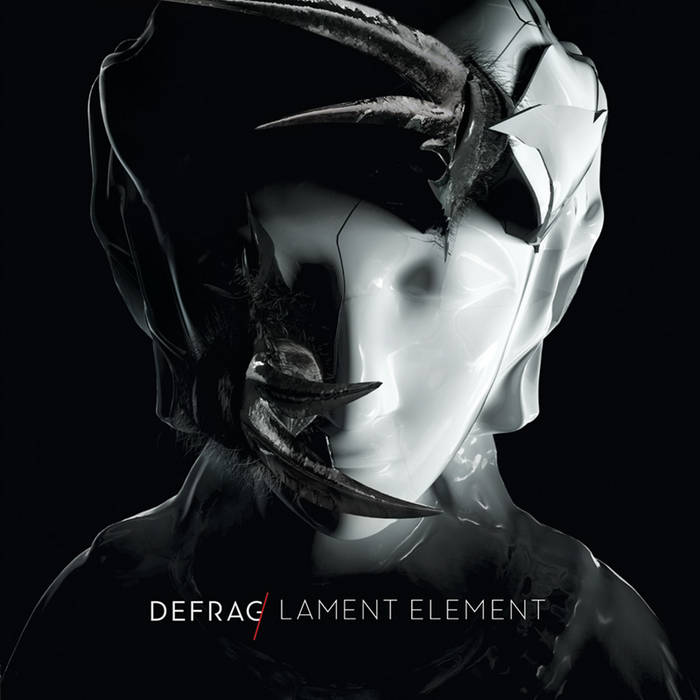 'lament element' presents a dynamic collision of power electronic styles. crushing distorted beats, lush melodic soundscapes, and massive sub-basses collide with idm edits and dubstep grooves. a perfect bridge between the distorted aggressiveness of drum'n'bass and idm's complexity. imagine scorns minimalist grooves on speed overdosed with dubstep injections. riding eclectic curves between styles, jeff dodson calls into battle an assortment of punishingly heavy tunes, boosting the tension and emotion to unimaginable dimensions. "the title itself literally means 'the reason to sing for the dead'. although not a literal application to anything, i intended it as a question: 'what's the reason people write passionate music?' that and a name should just sounds great." (defrag). indeed it does, try it!

in 2000, jeff dodson and matt flego created an industrial/noise experiment called bitstorm. as the duo started playing out more and more, they eventually gained the attention of several record labels and decided to make invisible records their first home. as production on their first full-length album 'self construct' began, jeff and matt decided from that point forward to pen their work under the name defragmentation. 'self construct' received critical acclaim from all over the globe and soon the duo developed a hardcore cult following, and the fan given name of defrag. in winter of 2004, matt flego departed defrag to explore other paths, and soon after his departure, jeff found himself at a crossroad. he could either shut the project down and continue his budding career in motion graphics, or he could take a chance and keep defrag going. committed and very stubborn, he decided to do both. in 2004 jeff picked up the project and moved to los angeles where he continued doing motion graphics and simultaneously built his own home studio and library or personal audio work. he left invisible records in the hope of starting fresh.

soon after relocating, jeff decided to expand his motion graphic business (www.rainfallfilms.com) to also include sound design and music composition (www.runsilent.org). by using the same signature sound that made defrag unique and applying it to his commercial work, jeff soon had a line of 'a-list' companies and corporations begging for his music to be in their projects. before too long jeff’s music was popping up in ad campaigns, video games, and theaters for such clients as nike, g4 tv, ferrari, jägermeister and philips, as well as projects like x-men 3 the official game, and the massively successful legend of zelda film trailer. he was invited to speak at one of the most successful motion graphics and music festivals in the world, the offf festival in 2009. during this time jeff redefined his own music and the music of defrag. finally, in 2009 jeff decided it was time to get back in the music industry and was recruited by hymen records, where he releases the first defrag album in five years.