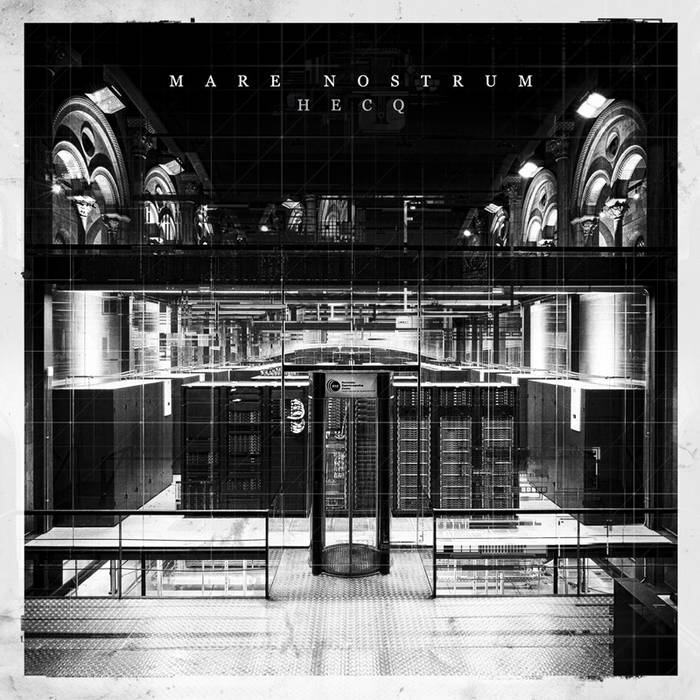 RailCourt Definitely an album that requires more than one listen to fully appreciate. But after that period, the album really comes together to make a highly avante-garde, suprisingly emotional experience. Favorite track: II.

Engelram Fantastic concept-album. I can't think of a better way to step into the world of experimental music. Favorite track: I.

Emerging Patterns I loved the tracks when I heared them the first time in my feed. But discovering the context they were made gives an extra flavour wich add a soul supplement to this LP... Favorite track: II.

Julius Terrell This Album is exactly why I fell in love with IDM and Ambient. Two genres that seem so different but yet fit together so seamlessly Let the computer sing and all of us rejoice at its ability to reach our hearts! Favorite track: II.

a large glass box and a loud hum fill the nave of the deconsecrated chapel. inside the box is marenostrum, the largest computer in spain. from the outside, the only sign that it is alive are the blinking lights and the noise from its ventilators. but marenostrum can say much more - it just needs someone who can hear it.

when i met benjamin boysen, i was looking for a musician for a documentary created using marenostrum, and i wanted the music to be done with it too. i had just found out that ben specialises in composing using electronic noise captured from circuits, so it felt like a perfect fit. i desperately wanted to convince him to work with us, although i only had to say supercomputer once before he said yes.

ben spent the few hours inside the glass box, recording marenostrum like a child in a toy store, deafened and frozen but with a huge smile on his face. when he came out, he already had the idea for what to do with the material after our project - an album made solely of marenostrum sounds. it was a special moment: the supercomputer would sing.

i have great admiration for ben, but still i was surprised at how well this album evokes what i imagine is the state of mind of marenostrum. from up close, the songs are a symphony of the strange and colourful sounds that happen as it computes problems in science and engineering. however, from a larger perspective, this is the music that algorithms make, this is how number crunching sounds like. this is the song of the computer.


in august 2013 ben lukas boysen spent some time in barcelona, making audio recordings of the 9th biggest supercomputer in the world, mare nostrum. installed in a former chapel with acres of glass and steel, europe's most powerful computer is not only impressive in its performance but also in its appearance. with this album you will get a living proof of mare nostrum's audible skills, captured and processed by hecq.

this release is a fascinating symbiosis of electronic soundscapes and systematic recording where samples of mare nostrum's sound are masterly integrated into four lengthy compositions. abstract pulses of a machine with sometimes even creatural sounds and atmospheric synthesized ambience result in a deep, organic opus, creating a yet unheard sonic landscape in the listeners' minds. a dense, impressive auditory adventure and one more epic milestone of hecq's ambient-oriented side. highly recommended.