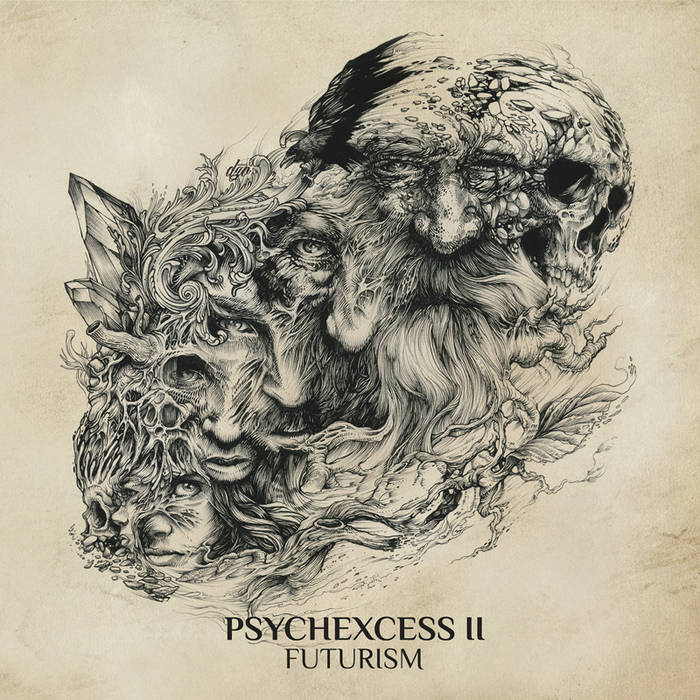 Bleu System I'm a sucker for noise and distortion, so when I came across this album it was love at first listen. I'm still amazed at how something this harsh can be produced this well. The dynamics are insane

"stop a moment with dualities and fears, enjoy the gorgeousness of the unknown. the psychexcess."

with 'futurism' frank riggio presents the second part of the ‘psychexcess’ trilogy which is designed to be similar to a three movie series in an aural format. this long-term project is about birth, life & death, related to space & films, and also inspired by the concepts of the time & the psyche. all of these influences are connected to each other and driven by sound experimentations.

for this second installment of the trilogy, the artist's intention was to create something that manages to be different and yet cohesive with the previous episode, 'presentism' - a logical continuance both musically & artistically. as the artwork suggest, 'futurism' represents a lifetime of a human being, a cycle from start to end, from childhood (‘echap’) to old age (‘deathobsess’), and includes plenty of personal and imaginative moments in between - an interpretation of the dynamics of life, possibly an aural adventure similar to life experience. to emulate this, using top-notch technology & methodology, frank riggio's main focus was to create as many dynamic ranges as possible within every aspect of this album, from its general structure to the moods, style and length of the tracks to the mixing and mastering. what you are about to hear is a gracefully built retrofuturistic, naturally sophisticated and also agreeable texture of entangled styles ranging from melodic ambient and pulsating dub to experimental soundscapes and beat driven idm patterns. sonically rich, vivid and also conclusive, this particular release introduces a wide selection of exciting, demanding and also pleasant music. may the trilogy continue...

written, produced, performed and engineered by frank riggio from 2011 to 2014
artwork by dzo. www.instagram.com/dzoolivier
mastered @ doznexist