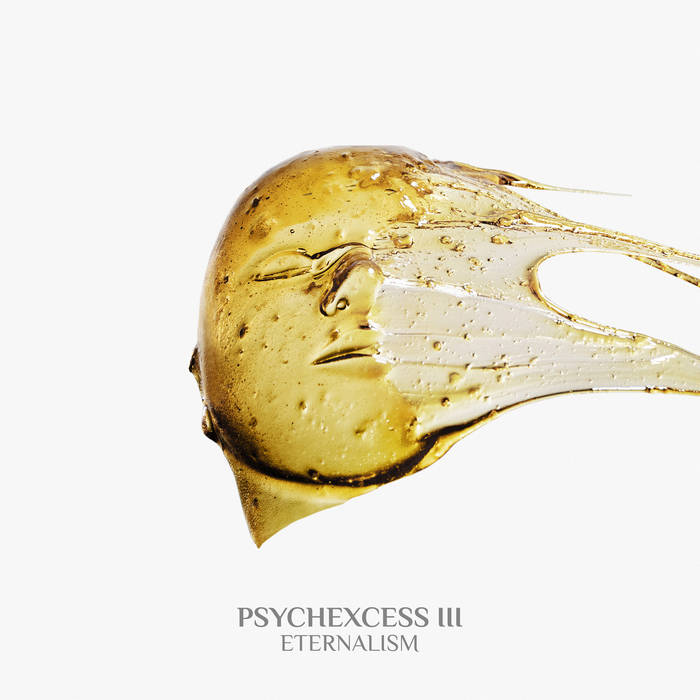 "stop a moment with dualities and fears, enjoy the gorgeousness of the unknown. the psychexcess."

frank riggio and hymen records present the third and final part of the ‘psychexcess’ trilogy: 'eternalism'. this long-term project, designed to work as an aural trilogy is about birth, life & death. it is akin to space & films, and also inspired by the concepts of the time & the psyche. all of these influences are connected to each other and driven by sound experimentations.

after the primary topics of birth and life in the trilogy's first two parts, 'eternalism' deals with death as a truly closing subject which includes an interpretation of the afterlife and the separation of mind and body. although this album is subdivided into nine parts, it was conceived to be treated as one long track lasting for one hour and nine minutes and which should be listened to without interruption. an important part for the conception of this record is also that it was produced continuously, from track 1 to track 9, as a spontaneous, improvised process within nine months.

just like a well planned film score 'eternalism' offers an atmospheric buildup into captivating arcs of suspense, painting a storyline of deep darkness and unsettling confusion. the basis of cinematic ambience and sound design is masterly connected with profound rhythm components and disturbing collages while modern classical textures and instrumentation play a prominent role to achieve a balance between the organic and the electronic sound spectrum.

a coherent, deep and highly sophisticated release especially for late night listening sessions which is intended to work as a carrier for a journey into unknown places - maybe even into eternity.