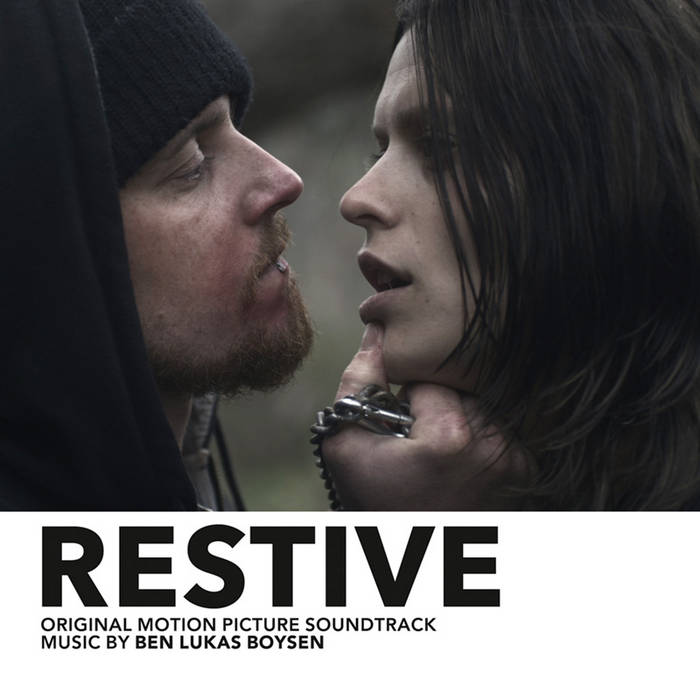 
synopsis: restive - an intensely bizarre tale of a mother who inhabits her husband’s suffocating behavior before falling into her own flawed maternal instincts. centering around a disturbing performance by christopher denham (sound of my voice), the film provides a dark and hopeless exploration of domestic violence. when the mother (marianna palka, neds, good dick) challenges her husband (denham), she commits her family to a most unsettling journey - a dreamlike chase through the nearby woods. the husband's pals (michael mosley, pan am, scrubs, and ivan sandomire) push the brutality of the film in their hunt to capture the mother. the film culminates in an absurd final scene, one that can only end in violence.

ben lukas boysen has been writing, producing and performing music since 2003, specializing in sound design and composition. with a series of highly regarded albums as hecq on hymen records, plus a busy schedule producing music for a number of high-profile advertising, film and gaming clients, he has firmly established himself as a forward-thinking electronic musician and sophisticated sound designer. The focus of his every project is to find an efficient and direct way to leave a strong emotional impact, whether it is the production of an album or the conception and completion of a commercial project. he invests a lot of thought and time into every single piece of work and therefore makes every production special rather than settling with something fast and convenient. He is determined that every score, commission, track, or remix should get the same amount of attention and detail. in short: moving away from music and sound as a product and perceive every project as a customizable and individual challenge. a number of companies like cartier, bmw, leica, greenpeace, lacoste or mtv have made use of this approach for their commercials, websites and general sound concepts. furthermore ben also designed a 'live pack' for the widely recognised music software ableton live (www.ableton.com/articles/hecq-precision-and-power).

restive is not the first film ben boysen made the music for, but it is his first soundtrack to be independently released as an album. as on his previous works as hecq where he has already demonstrated his ability for cinematic sound design, this soundtrack works perfectly as a stand-alone release for those who are not familiar with the movie. with its beautifully elaborate compositions carrying dense moods from light sadness to subliminal tension and disturbance, restive's music is strong enough to speak for itself and to create a motion picture in the listener’s mind. with a basis of mighty sub basses and partial beats, dramatic orchestral ambience interweave with atmospheric synthesized pads and deep reverberation carrying a continuous imaginative suspense of something hiding right beneath the shadow of a thinly layered sonic veil.

listening to this perfect symbiosis of electronic soundscapes and acoustic sounds, you can draw a parallel between this release and hecq's 'night falls' album from 2008. restive defines a journey through varied aural spaces interspersed with sounds and tempers beyond the listener's imagination.