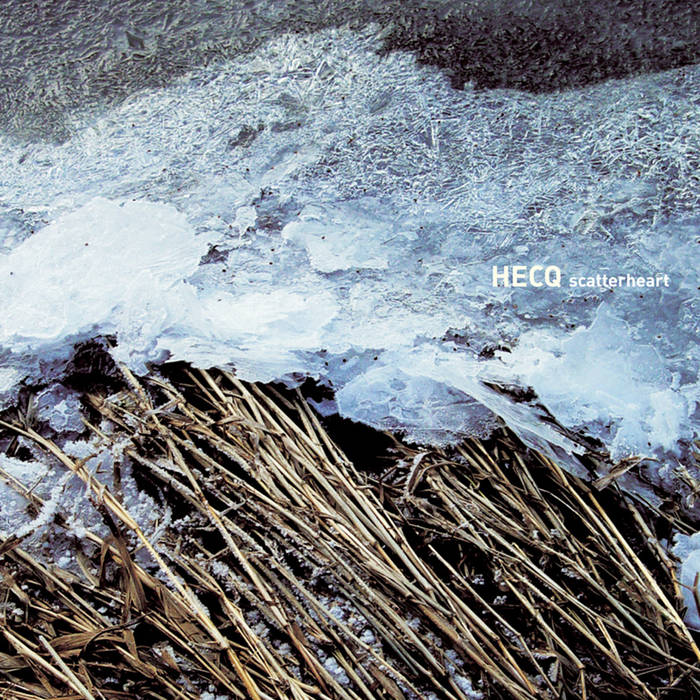 although only 22 years old, benny boysen’s musical interests run wide and deep, having begun with the influences of his artistic parents such as bach, bartok and haydn, and eventually moving on to duran duran, billy idol, gary moore and u2. “today,” he says, “i love everything that seems to be intelligent music to me: speedy j, l'usine, biosphere, dälek, murcof, deathprod or james plotkin.” so it’s no wonder that on his second album as hecq, scatterheart, boysen demonstrates a knack for incorporating the musical approaches that impress him into a dynamic and crisp post-electronic album.

yet unlike some of his musical predecessors, hecq’s scatterheart posits itself as a complete whole - an aural concept that spans the better part of an hour, where complex, intense breaks and melodic themes intermingle with ambient space and emotional droning. scatterheart begins with a tense ambient dirge that breaks into a post-glitch gallop on “fdk,” then meanders through light (“madison I”) and dark (“madison II”) atmospheric moods in a masterfully arranged succession of tracks. periodically, scatterheart cracks its industrial concrète surface with exquisite melodic concepts. “coup de lune” waxes mysterious with its mixture of downtempo funkstörung breaks and a languid, dense aura akin to gridlock and beefcake; the tense pizzicato strings that begin “flood me” morph into a phantasmagoric swirl of broken hip-hop rhythms that descend into the black astructural depths of “midnight generator.” while semblances of speedy-j’s and l’usine’s respect for sonic depth and texture permeate the soothing “field” and crackling “doraccle,” scatterheart remains an epic, singular musical creation.

“i don’t like the idea of attaching some tracks one after another,” explains boysen, who resides in a small south german town. “there are surely albums where that makes sense but i like it when you have also tiny bits of 35 seconds - or even less - where you just hear somebody talk inarticulately”.

for boysen, who has remixed haujobb, architect, l’ombre, and in strict confidence and whose debut hecq album appeared on kaleidoskop, scatterheart is “the feeling of insecurity, and violability in every artistic process. this process is always controlled by your permanent changing daily condition. it’s impossible for me to sit down and produce a track…i must have had some experience that keeps my mind going. i'll never concentrate on the technical process but on the feeling i have at this moment…so you are not just ‘making music,’ you convert something, you are diverted from "just" programming. you are scattered, and this not only in your mind but also in the central ‘emotional’ organ - the heart. that's the way scatterheart developed.”