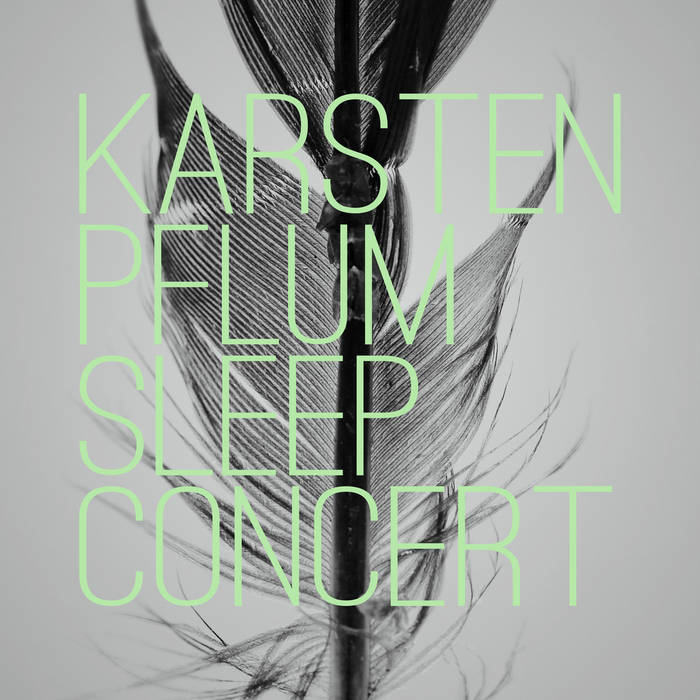 creating a track or an album can be a challenge in itself. but creating an epic ‘sleep album’ is quite another one. how does a composer keep their work intense when it lasts for such a long time? does intensity really matter when the listener is supposed to sleep anyway? yes, it matters. the sleep rhythm for each listener is different and it individually varies from night to night. you listen, then you dive into sleep, you dream while the music gently rubs your subconscious. when you wake up the music is still there. despite the fact that you find yourself in the sleep state, you still pay attention to the music.

on april 1st 2016 danish sound artist karsten pflum and the library of herlev invited a limited audience into nine hours of otherwordly ambient soundscapes in a darkened environment. to let this audience dive into their subconscious mind, the long sleep journey was initiated by a half hour of body scan meditation led by two professional mindfulness instructors. rather than being a social concert experience, this event was an individual one, where the listener absorbed the electronic sounds from the composer, somewhere in the border between sleep and wakefulness - in the dream state. as karsten sent the first waves of ambient sound transmissions into the silent room of pale blue darkness, the atmosphere was gentle and harmonic, reminiscent of the tranquility surrounding the cradle of an infant. in the opening hours the sound work was gently loud, but as evening turned into night, the ambient waves softened as the audience drifted from light sleep into deep sleep. as the first signs of sunlight gently illuminated the room, the soundscapes took a step from subconscious ambient spheres into discreet rhythm textures. as the pulse of the beat gently increased the music turned from deep ambient into chill-out friendly idm. slowly the atmosphere of the library changed from night to day as people were lifted to the upper levels of the sleep state. as the smell of coffee and bread saturated the room, karsten slowly ended this lengthy ambient journey. leaving the library twelve hours later, the audience had experienced the power of ambient music consumed in a sleep state with meditation being their invisible friend for diving deep into the subconscious. this concert reached more than 650.000 user walls on facebook with more than 10.000 interested to attend. the 80 tickets for the show on september 2nd, 2016 were sold in less than one minute.

karsten’s approach to creating an album based on this event involved using a broad pallet of electronic equipment to create otherworldly soundscapes dedicated to the borderlands between sleep and wakefulness. soon after the listener starts the nine hour sonic voyage, the sound of a magick box fades in. whether the sound of the lullaby awakes a feeling of warmth and comfort or it creates horrific nightmares, is the first question for the brain to process. nevertheless the listeners entering the realms of mr. pflum's work will experience a sleep zone, they have never experienced - and never will again - unless they repeat the journey. and they probably will - again and again. have a pleasant journey!