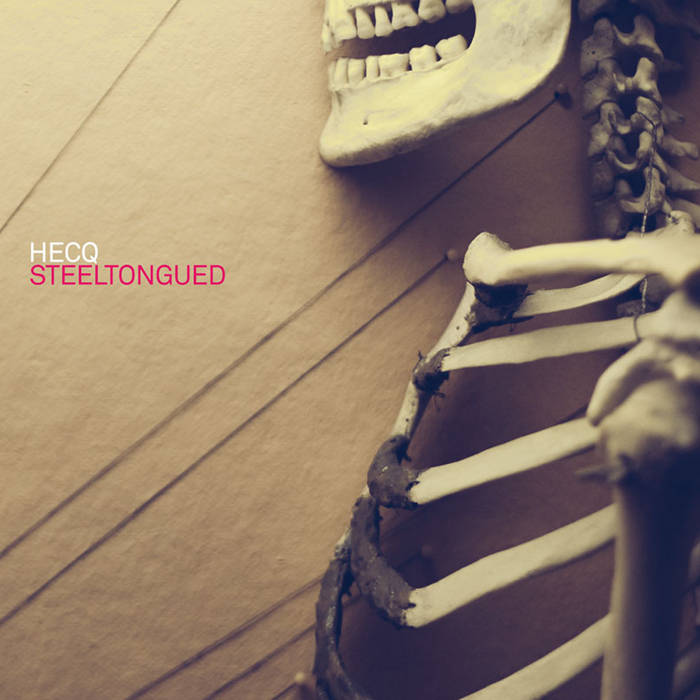 RailCourt Easily the most eclectic album from hecq thus far, even without the remixes towards the end. Definitely a good place to start in getting to know hecq's unique voice. Favorite track: steeltongued (ultre steal tongues).

after finishing the well received 'night falls', ben lukas boysen's ambition for the next album was to be a desideratum's compliance: the improvement of hecq's sound, and moving forward into something boysen defines as an 'emotional destillate'. the tracks 'typhon' and 'steeltongued', written in 2007 and 2008, provide the blueprint for this cd. working as a sound designer for various companies, he presented earlier versions of the tracks and was met with success. these tracks show a non-confined structure but also including a sort of leitmotif and so these titles are perfectly suited for this ambition. in addition they work as a basis for collaborations and remixes.

the hypnos trilogy (tracks 10 to 12) is hecq's dedication to the state of stasis. in his own words, 'distant fires' describes a gaze which travels into a distance uncertain; 'lost for words' leads the listener into a state of cogitation - while 'hypnos' allegorizes a slowly constitutive wall of suspense that trickles away in the end... a masterpiece of dark symphonic ambiance, intended for continuous, repeated intense listening.

in hecq's opinion the importance of the tracks on cd1 lies in the skilful omission of the insignificant. although complex abstract rhythmic textures predominate during tracks 2 to 9 no 'scrolls' blocks the essence. after the majestic 'spires awake', the listener will be trapped in an extensive blend of idm, breakbeats, and even breakcore, complemented with the infusion of nebulo's mighty dark soundscapes and nongenetic's modified voice.

it was well proposed by boysen to choose the cd's title track to be remixed by a wide variety of artists. he sees 'steeltongued' as representative of hecq's work, so he was most curious about the results - the more contrast, the better, as he explains. so he formally prevented any suggestions or briefings, and thus cd2 can be virtually seen as an album on its own. ranging from melodic sequenced beats (xabec), clicks'n'cuts emerging into a noise outburst (spyweirdos), syncopated intelligent breaks (skam label's team doyobi), to intricate sub-bassed electronica (si begg, ex-funkstörung's michael fakesch) and alienated dubstep (disscoxx), this addendum displays the versatile facets of the possibilities hecq's work imply. once again b. boysen is setting the pace. have a deep listen!